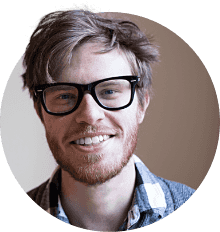 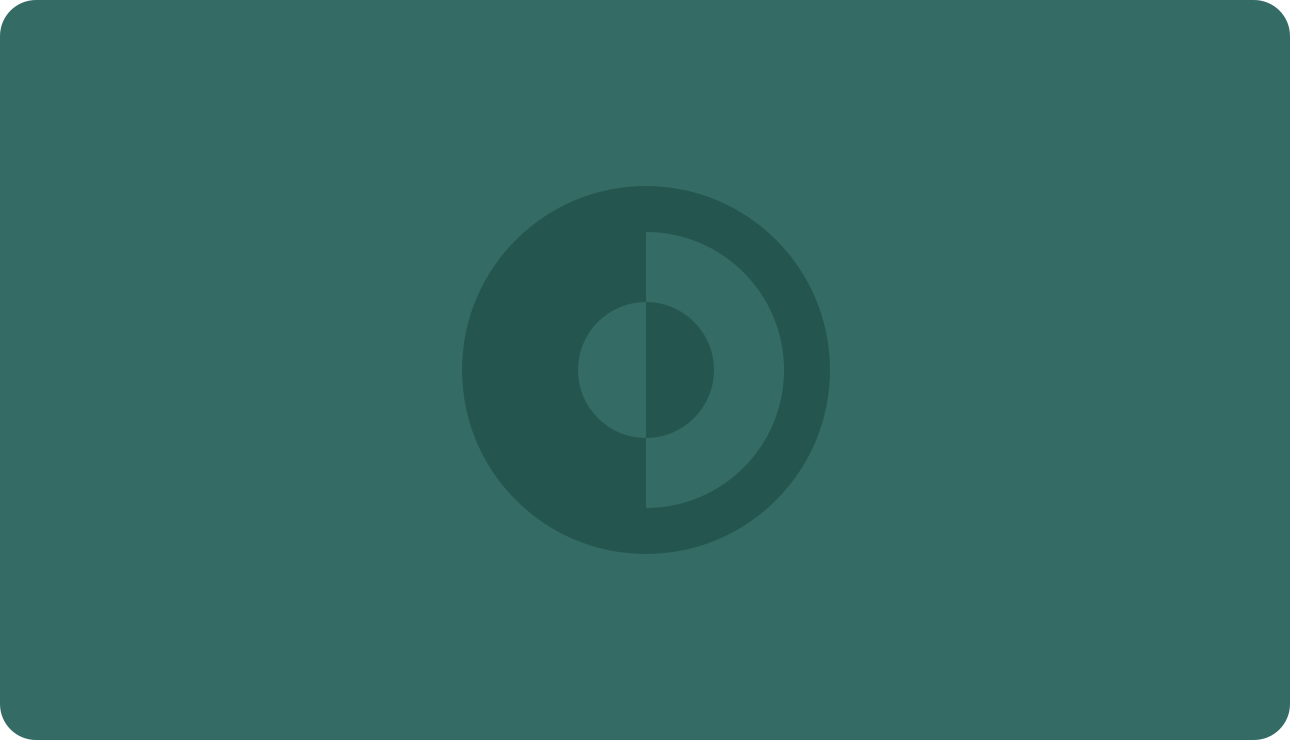 Version 1.12 of Hum has been released for iOS 13. The biggest feature is a completely revamped user interface that supports dark mode. The transition to iOS 13 was difficult, but it was actually a lot of fun for a UI geek like myself to adopt the new tech to swap all of Hum’s colors on the fly. 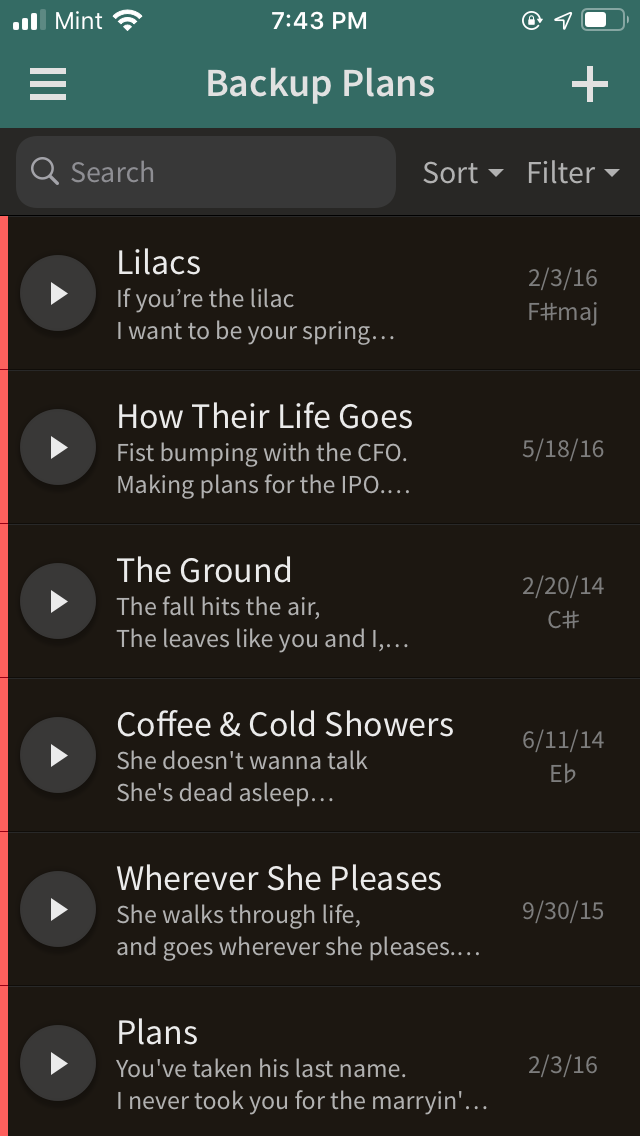 On Monday, January 27th 2014, we released our first version of Hum. Our minds are blown that it’s been 5 years.

Working on our humble little app has always felt much like playing in an indie rock band. There are ups and downs, and it’s hard work—but to be able to bring a little sanity to your writing process while giving back to the community that has given us so much is its own indescribably amazing feeling.

We look forward to the next 5 years with y’all.

We can’t wait to see what you’ll create. 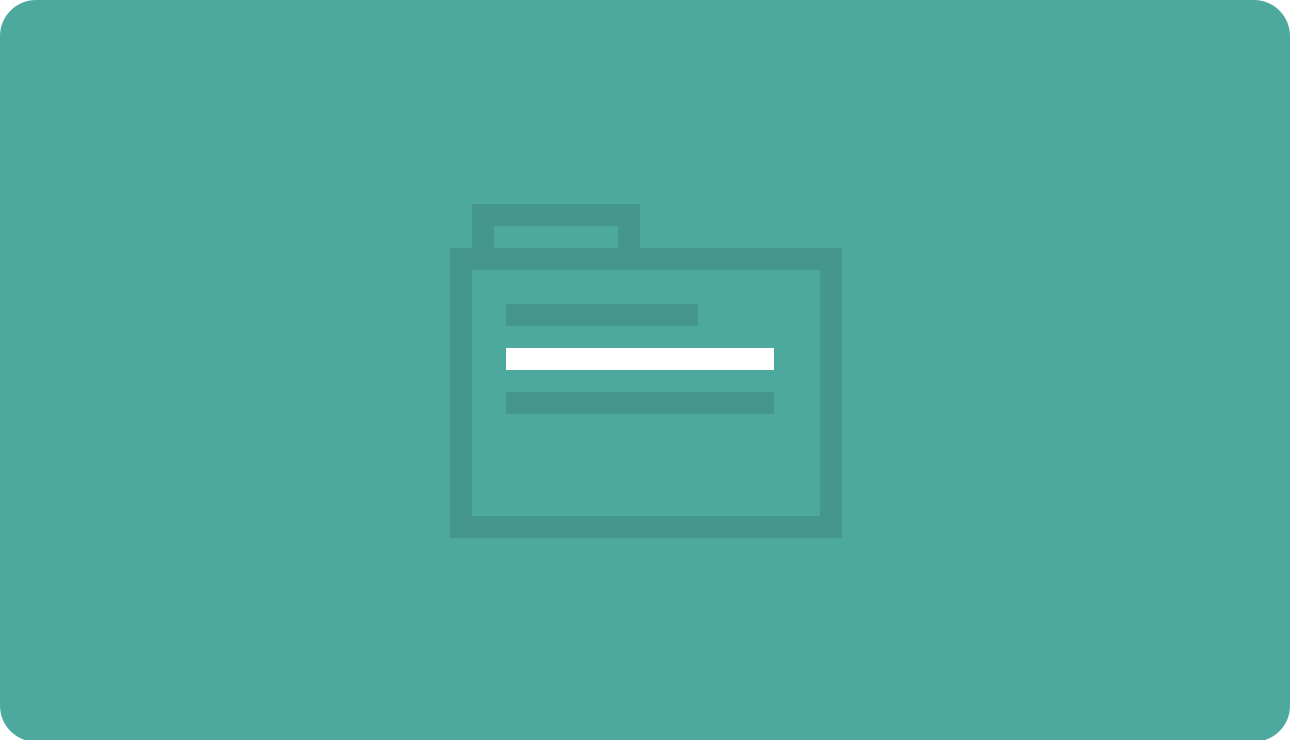 With 1.10, we focused on under-the-hood fixes to our syncing engine. Boring!

1.11 brings us our newest feature: Folders. You can now add Hums to a folder for simple organization. Say you’ve got a few bands, or you’d like to put all your Hums from the last album into their own folder. Or maybe you just want to keep your most special Hums in their own folder.

By default, you’ll land in All Hums. From there, you can press and hold a Hum, or swipe and hit “Move to folder.” This will allow you to add a new folder, or drop it into a pre-existing folder. Your new folder will show up in the sidebar. 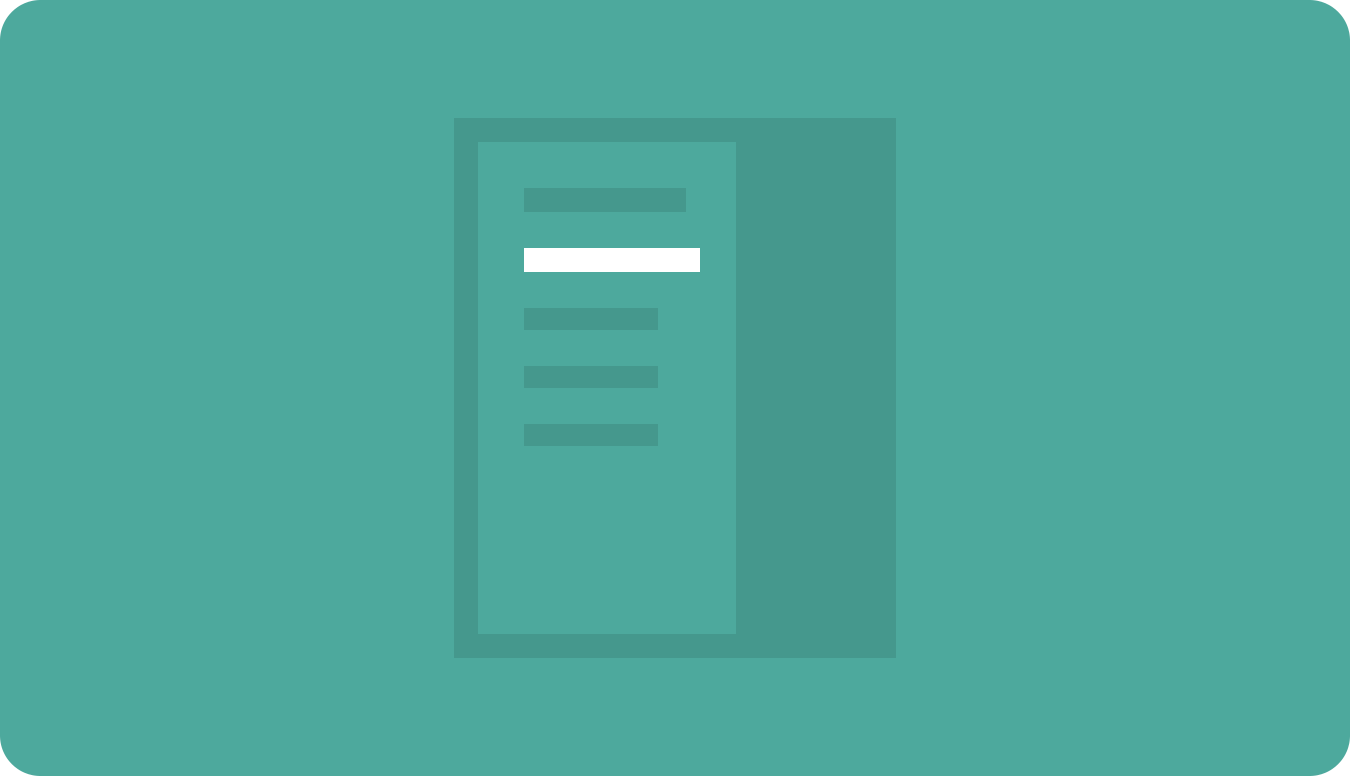 We’ve got some design changes for y’all! We’ve moved some navigation over to a new sidebar. This allows us to have future features like folders. First, we’ve added a trash. Instead of just permanently deleting your Hums, they’ll get added to the trash first. Cool!

We’ve moved help and settings over to the sidebar as well.

Sorting and filtering have been split into two buttons that are right next to the search bar. Scroll to the top of your library to find searching, sorting, and filtering. I think they feel really natural to all be together in the same spot.

This redesign allows us to free up some space for folders, which we’re working on now.

Multiple recordings are also happening at the same time. Soon! 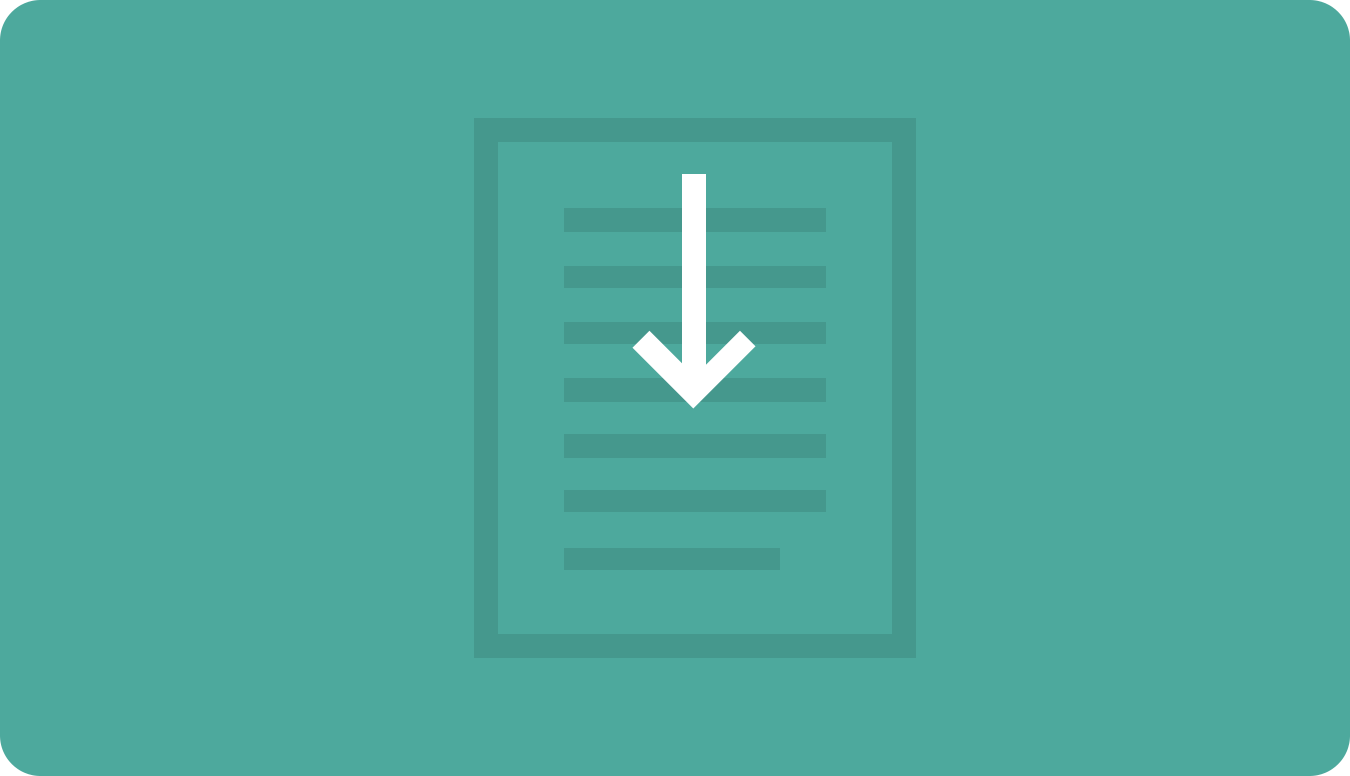 We’re absolutely thrilled to announce audio importing is here! If you’re in an app that has audio files, you can now import them to Hum as a newly created Hum. This feature is one of the very first things people asked for in Hum, but at the time it simply wasn’t possible. Now that iOS has evolved, we’ve added the ability to import audio from Voice Memos, Dropbox, and Notes—to name a few examples.

Once shared from another app, Hum will show you a screen where you can give your new Hum a title. Press save, and you’ll find your freshly-imported Hum in your library.

This release represents a bit of housekeeping. The biggest thing you’ll notice is the waveform has a slightly different look. This is the first step in our roadmap. They look better, and should be just a little bit quicker.

We’ve also worked on making sharing a bit more robust. We now use iOS’s native sharing sheet, which will allow for greater flexibility while you’re sharing your Hums.

Since most people are on iOS 10, we’ve dropped support for iOS 8.

And, as always, we fixed a bunch of little bugs, mostly related to the player in the library view.

Howdy! We’re really excited to release version 1.6 of Hum. This is largely under-the-hood stuff, but I assure you we’re working on some new much-needed features.

In order start that work, we had to first get our house in order. 1.6 represents a large rewrite of Hum’s codebase. It brings us up to date for iOS 9. With true iOS 9 support, we’ve also dropped iOS 7.

We’ve improved bluetooth audio playback. We’re now supporting 3D touch. Our tuner is also bundled in Hum. New users will have it included in their purchase of Hum. Sweet!

We’ve fixed lots of little bugs in the meantime.

Now that Hum has a more stable foundation, we can finally start building some more features for y’all. In no particular order, here’s what we’ve been working on besides the rewrite:

Like most of you, I want to be able to store every version of a Hum’s audio within a Hum, from that first sketch to a full band demo. We think we’ve come up with a pretty slick way of having multiple recordings per Hum.

After you’ve added a single recording, you’ll be able to swipe to add a new one. It’ll show your newest one first, but if you’d like, you can swipe back in time on the player to view other versions.

Duh! Let’s make sure folks are able to trim the fat on their recordings. Our countdown alleviates some of the issues, but let’s make sure we’re able to cut out some of the awkward silence or audio of the band noodling before capturing a performance. We’ve laid a lot of the groundwork for a larger redesign of Hum that’ll support folders. If you press and hold on a Hum in your library, it’ll pop open a view where you can manage which folders each Hum belongs to. With folders, you’ll be able to keep things organized by band or project. Lots of folks have been asking for this, and we’re excited to be working on it!

We’ll be introducing the trash as well so you won’t have to worry about accidentally deleting a Hum.

We’re elated that Hum is so central to your songwriting process. These improvements over the next year should make Hum even better. We’ve added some more sorting options to the latest version of Hum (That’s 1.5 if you’re keeping score). A bunch of you have been asking for major / minor tonality, and now you’ve got it. All the Hums in your library will now display ‘maj’ or ‘min’ next to the key, if you’ve added one. You’ll find those buttons next to a newly-redesigned keys view.

You’ll also notice you can now add arbitrary color-coding to your Hums. This’ll help you keep track of things now that your libraries are all getting a little bigger. For example, you might want to add a blue color to all your solo songs, or red to your band’s songs. Or maybe you’d like to add orange to all your finished songs. That kind of thing. Of course, you’ll be able to sort by those colors too, so you can easily group them together—and audition them. Or actually finish them!

One last thing: You can also pin songs to the top of your libraries. Sorting by Last Edited has always gotten you pretty close, but now you can pin certain songs at the top regardless of when they were last edited or created. I know we’ve been talking about this forever, but it’s finally here. You can now sync your Hum library to Dropbox. This means your entire library will be copied to and kept in sync within the Apps folder in your Dropbox.

To enable Dropbox syncing, press the settings gear in the lower right corner of your library and flip the Dropbox switch. It’ll bounce you to a screen where you can log in to your Dropbox account. A spinner will fire up and start spinning, showing you it’s uploading everything. Once the spinner stops, your library is uploaded. You can also check the status of a sync in the Settings screen.

This way, if your phone’s stolen, or lost, or just quits working, you can load up a fresh copy of Hum on your new device, sync to Dropbox, and the whole library will sync down to your new phone. Or if you’re an eccentric billionaire with more than one iPhone, you can sync between those.

This doesn’t mean you’ll be able to edit your Hums on the computer. It’s not like that. We’re using Dropbox as an alternative to iCloud syncing. By choosing Dropbox, we’ve got a syncing service that’ll work across all the possible platforms Hum could be published on.

This also doesn’t mean you’ll be able to invite people to your Dropbox folder so they can see all your changes and edits. Even though that might work, Hum’s syncing wasn’t designed this way.

Hum’s folder in Dropbox meant to be read-only. If you edit any of these files by hand, or move them, you could ruin Hum’s ability to sync to it, risking your whole library. If you still want to use your audio, you’ll want to copy the files out of Dropbox and edit them elsewhere.

There’s no way Hum would ever have been built without the heavy lifting of incredibly kind strangers. We’ve borrowed all sorts of controls, and now, we can finally give one back.

We’ve open sourced our mood sliders. We’re calling the control HUMSlider. It allows you to add some ticks to the standard iOS slider so there’s actually some context.

The slider in action

Technically, we’re storing sad / happy as a value between 1 and 100. Obviously, no one would never categorize a song as being “59 happy” or even think like that, but that’s what our control does under the hood.

Instead, we wanted something a little more fuzzy. We wanted users to be able to tell, generally, where their slider value ended up. Simply showing ticks on the slider was a bit noisy, so I whipped up a quick prototype of the ticks appearing only when the slider was touched. We also added the additional affordance of the images changing color as the control approached it. Between the ticks only being shown when they’re needed, and the additional color affordance, I’m really proud of our results. Ellen’s wrapped it up into clean, reusable code. Today we’ve made our repo public.

Check out HUMSlider on Github. Help us file some issues, and definitely email us if you end up using it in your app.